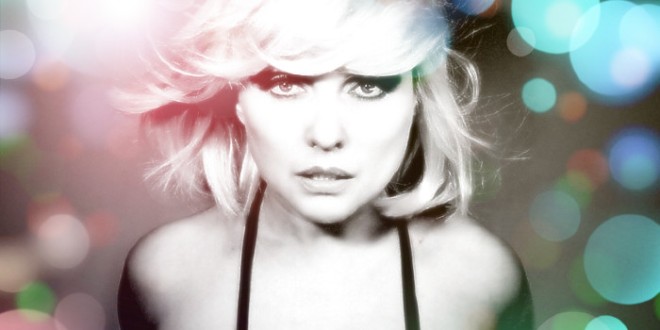 This is the sixth of nine Moon/Venus conjunctions in this cycle, representing Inanna rising through the Throat Chakra gate. 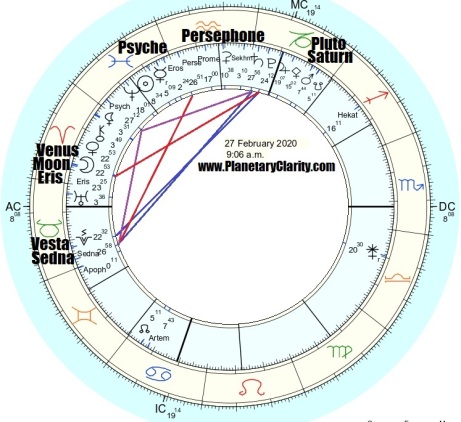 Eris
Mike Brown’s discovery of Eris revolutionized humanity’s view of the solar system beyond the basic nine planet model, placing Pluto in a greater context of many, many worlds beyond Neptune. The disruption this caused to the scientific community is why he chose to name her Eris, goddess of discord. She is above all a revealer of the inconvenient truth- Al Gore has Sun conjunct Eris and released his movie An Inconvenient Truth in 2006 not long before Mike Brown officially named Eris.

This Moon-Venus conjunction most prominently triggers the Eris-Pluto square.  This square empowers Eris with conflict, the Moon and Venus amplify her voice even further, creating new containers for new experiences of communication, so we can describe the increasingly complex, increasingly inconvenient truth, and access new levels of depth- new dimensions- via those descriptions. The gates Inanna must pass through on her way in and out of the Underworld are checkpoints that orient us towards ascension.

Vesta
Vesta entered Taurus in June of 2019, transiting conjunct Uranus and then forming trines to the life-crushing Saturn conjunct south node in Capricorn.

August 13th 2019, Sun conjunct Venus, the midpoint of this cycle representing Inanna in the depths of the Underworld, hanging from a hook, dead to the world of sunshine and grains, at rock bottom. Vesta was exact square the superior solar conjunction of Venus, and T-square to the Aquarius Full Moon, while making her first trine to Pluto. Read more with Planetary Clarity: Venus in the Underworld and Aquarius New Moon

In September she stationed retrograde at 27° Taurus, with Sedna also at 27°, without completing the conjunction. One of the worst traumas that has ever been dealt to me in my life happened at that time- a synchronicity that has enabled me to use Vesta in Taurus as a guide for how to survive it.

Vesta is now building towards her third and final trine to Pluto March 4th, and consummate conjunction with Sedna on March 12th.

Saturn and Sedna
Saturn has just completed his first of three trines to Sedna, an aspect that embodies the crucible that separates gold from dross in our commitment to live ascension-oriented lives in a trauma hellscape. When we finally understand how trauma has programmed our brains to think and behave in ways that are not creating the lives we want to experience, we must then commit to working day by day, hour by hour, to resist and reprogram. At any time we are not actively engaged in the work, the trauma programming operates by default, despite our awareness of it. The process of extracting gold from dross is to put it in a crucible, scrape the impurities off the top, stir, put it back in, and repeat the process until no more impurities rise.

When the last of the negative programming is purged, we still have to go back into the crucible one last time to be sure.

Persephone and Psyche
At 26° Aquarius, Persephone is exact square Sedna, and Psyche is sextile Sedna and Saturn from 27° Pisces. This is a breathtaking depiction of two mythological figures whose common theme is going back and forth from the Underworld. The square shows that Persephone’s journey is a responsibility that she must accept, while the sextiles show that Psyche’s journey is a choice she makes when her passion compels her to do so. 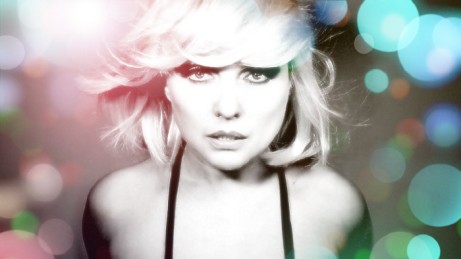 Psyche is on 27° Pisces, the natal Moon of Debbie Harry

Love is what we hunger for
The appetite is strong
Baby, take a little more
Baby, come along

It’s like walking on little feet, one small step at a time
Just like when we learn to speak
Small words do just fine
-Blondie