September 28th 2019: New Moon in Libra, the checkpoint of the yearly lunar cycle that brings ultimate clarity of the center point around which all things find their way in the grand equilibrium. This year the Libra New Moon is opposite Chiron in Aries, helping us shift the narrative of our journey away from the difficulty of the battle, to a story about the strength of the warrior.

September 29th, the Moon transits conjunct Venus for the first time since she has risen as the evening star, activating the chakra meditation of Inanna’s Ascension. The first of nine Moon-Venus conjunctions in this cycle, the Libra New Moon initiates Inanna’s Ascension through the Earth Star Chakra gate.

September 30th, Lilith completes her conjunction to Neptune at 16° Pisces, opposite Juno in Virgo.

On the morning of the 28th, the Sun and Moon align at 5° Libra, separating from opposition to Chiron 3° Aries. When Chiron first entered Aries in April of 2018, we came to terms with all the things that did not kill us; since February of 2019, we are learning how those things can make us stronger.
The hardest part of balance is letting go of the center. Once we find that center point, we tend to want to stay as close to it as we can. This New Moon can be the moment we stop being afraid of being broken, and realize how far we can bend.

The Earth Star chakra is located beyond the physical body, an energy junction between the body and mothership Gaia.  The Earth Star chakra connects to each layer of the planet (core, mantle, crust, biota) and gathers the flow of information into a single stream, communicating with the chakras of the Root Plexus.

On July 1st of this year, the day before the solar eclipse in Cancer, the final Moon-Venus conjunction marking Inanna’s descent into the Earth Star Chakra gate took place before Venus set as the morning star, disappearing into the Sun on July 8th. Venus rose as the evening star on September 19th, and is now crossing back out through that same gate, revealing how the events taking place during the Libra New Moon have unfolded from the events of the July 2nd solar eclipse in Cancer.

The ultimate goal of the human brain is to create order from chaos, and specifically, find patterns in the environment that accurately reflect our self-image. It can feel extremely unsafe when we cannot make sense of what is happening to us.

Black Moon Lilith has been building conjunction to Neptune since she entered Pisces on May 3rd, and is within 5 degrees of Neptune from August 25th through November 7th. Their conjunction becomes exact in synchronicity with the Libra New Moon and Earth Star Chakra gate, and together they explain how it can be so psychologically destructive to demand to understand what is happening to us and why. Neptune’s influence is found in the random chaos of nervous activity that codes our perceptions into memories, a subconscious process that is easily and often distorted. Lilith can support or shatter Neptune’s illusions depending on one’s orientation to her: acceptance of irrational contradictions as part of a healthy whole; or assigning labels that compartmentalize and minimize beings into caricatures of themselves.

The conjunction of Neptune and Lilith shows us clearly that consciousness is not something unique to each individual, it is something we all share, and we are all majorly affected by things in the collective that we have no power to change, and can not understand. The opposition to Juno in Virgo reminds us that despite all the things we can’t control, we are still pilots. It only takes basic training to stay in the air, but mastery in keeping our vehicles at the correct altitude and attitude takes experience in challenging conditions. 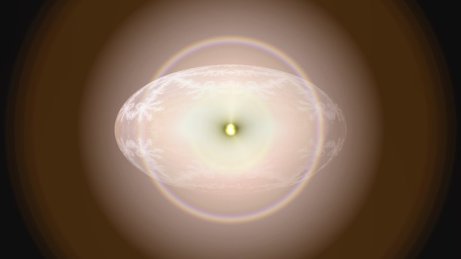 The Mystery, The Survivor, The Secret Weapon:

Neptune/Lilith/Juno: If you are on a spiritual path, it is because your life experience has showed you in a way you cannot deny that this world is more than what it appears to be.  You know that energy moves in other dimensions beyond the physical. Nothing is as it seems.

Sun/Moon/Chiron: If you believe your consciousness is not isolated to you, and comes from a greater collective that is ultimately unknowable in its entirety, then you can access strength and resilience beyond what you can personally comprehend for yourself, from the same source.

And finally Venus in Libra sextile Jupiter in Sagittarius, benefics in rulership, fire and air. As Inanna rises through the Earth Star Chakra like a bolt of lightning, bringing the wisdom gained in the Underworld, I hear the mothership signal, psalm of brontide, a connection to the center of the Earth.

2 thoughts on “Libra New Moon -and- The Earth Star Chakra”