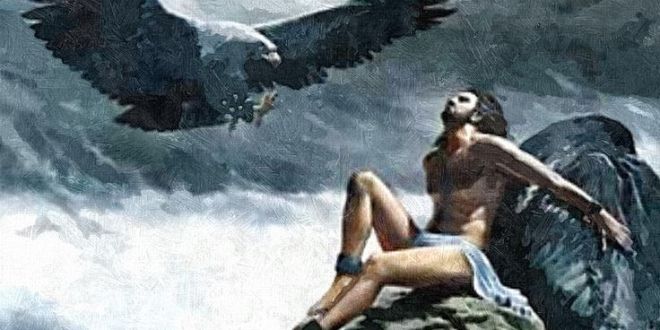 January 14th, 2018:  Asteroid Prometheus stations retrograde opposite Chiron, beginning a cycle of dramatic poetry in the sky depicting the myth of Prometheus bound in chains, and liberated by the sacrifice of Chiron when the opposition finally becomes exact seven months from now.

Prometheus entered Virgo on September 23rd 2017.  He formed his first opposition to Neptune in Pisces on October 30th and first trine to Pluto in Capricorn on November 22nd, setting the stage for what might be perceived as chains… showing us how we must lay in the bed we made, accepting the given consequences for our actions even if we remain certain that those actions were morally defensible.  (These aspects will be repeated again during Prometheus retrograde, and a third time after Prometheus station direct… see below for a detailed list of dates and aspects.)

Two days before the Capricorn New Moon, Prometheus stations retrograde at 24° Virgo, aspecting Sedna, Uranus, and Sun conjunct Venus… but most importantly, Prometheus has built an incomplete opposition to Chiron at 25° Pisces.  This configuration approaches an opening to the themes of their connection: knowledge, education, wisdom, and self awareness; sacrifice for the greater good; brutal, never-ending pain; unpopular yet heart-centered executive decisions that change everything.

Asteroid Prometheus can be strongly associated with transits where shocking actions are taken to create major sudden life changes. It can reveal the ways that we succeed or fail in these actions based on how well prepared we are to make those bold choices.  The word Prometheus means “Forethought”:

“To have forethought, you need an abundance of details and you must labor over them.  There is no right answer when thinking about the future, merely an endless number of scenarios… It’s the difference between a shortstop who only practices taking grounders, and a shortstop who also studies the scouting reports so he knows where to stand for each batter.” -Jeff Stibel

In classical mythology, Prometheus was tasked by the gods to sculpt mankind out of clay- although he is never considered a creator or life-giver, he is known as a teacher.  His compassion for humans led him to give us the “civilizing arts, such as writing, medicine, mathematics, astronomy, metallurgy, architecture and agriculture,” (source) but he is primarily known for his defiant act of stealing the fire of the gods from Zeus, and infused it into humanity’s clay bodies to become the metaphorical fire of the human spirit, which gave each individual person their own source-point of connection to divinity.  This enraged Zeus, who punished Prometheus by chaining him to a rock to be tortured for eternity.

Chiron is famously known for his incurable wound, but it is not as well known that he received this wound under friendly fire- he was shot by accident, by a friend.  This is almost never mentioned but adds so much depth and dimension to the healing journey of Chiron and our understanding of trauma.  Not only did he have the physical wound causing permanent pain in his body, he also had emotional wounds causing permanent pain in his spirit- the horrific rape of his conception, and abandonment after birth prevented him from being just another carefree drunken centaur.  The nature of his wounds caused him to constantly grapple with the meaning of pain, both physical and emotional, and in his wisdom he teaches us all how to transcend it.

Chiron offers to give up his immortality to take the place of Prometheus chained to the rock, and I feel that ending his own pain was not actually Chiron’s motivation for doing so.  I like to think that Chiron saw Prometheus as a kindred spirit, and wanted to honor the sacrifice he had made to give humanity the fire, by making an equally daring sacrifice on his behalf- giving up everything, even his own life, for the greater good.  This is consistent with Chiron’s style of mentorship, blurring the line between student and teacher.  So ending the pain was not the motivation for his sacrifice, but it was the result.  When Prometheus was freed, Chiron was transformed into the Centaurus constellation, whose main star system Alpha Centauri is closer to our Sun than any other star in the galaxy.

This theater of healing and transforming destiny through sacrifice comes to a breathtaking climax when the opposition between Chiron and Prometheus finally becomes complete.  On August 13th, Prometheus will be aligned with the Moon at 1° Libra, meeting Chiron at 1° Aries.

Throughout 2018, as Prometheus in Virgo repeatedly contacts Neptune and Pluto, we will move deeper and deeper into the new reality tunnel formed by the punishments- what we perceive to be punishments- for whatever fire-stealing acts we committed when Prometheus transited Leo between June 29th and September 22nd 2017.  All three transits of Prometheus opposite Neptune will warp our understanding of what we are and aren’t capable of achieving, and all three transits of Prometheus trine Pluto will be points of no return.  When Prometheus enters Libra and exacts opposition to Chiron in Aries, we will have our transcendence and our liberation. 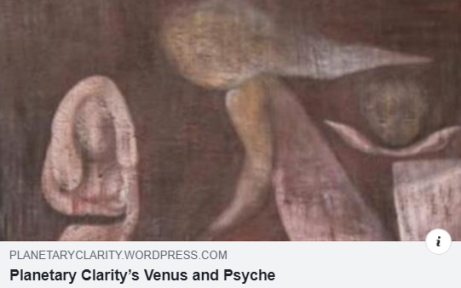 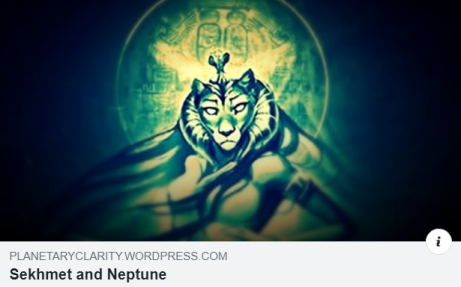 8 thoughts on “Prometheus and Chiron”