Reflecting the total life force of the Scorpio Sun conjunct Jupiter, this Full Moon completes a cycle of material gain and loss in Taurus, the fixed earth sign of acquiring and accumulating. As the Sun and Moon form trines and sextiles to Neptune and Prometheus, I am experiencing a deep warp in my awareness of Pentacles- the physical realm- bodies, clothes, houses, cars, computers, money, food. The Moon’s sextile to Neptune in Pisces obscures as much as it reveals, and Sun trine Neptune carries the heartbreak of rock bottom. Prometheus in Virgo is in chains getting his liver eaten by the Zeus-Eagle of Sun conjunct Jupiter in Scorpio.

The Taurus Full Moon’s T-square to Ceres in Leo exposes all shortcomings in self-esteem, and any accompanying sense of loss, as her daughter Persephone is in Virgo opposite wounded healer Chiron in Pisces. Saturn connects Persephone and Chiron to Uranus and Eris in Aries, opposite Vesta, Psyche, and Venus in Libra.

The aspects to Saturn in Sagittarius during the full moon depict the themes of Psyche’s fourth task, to enter the underworld and retrieve Persephone’s beauty cream. In my article Venus and Psyche I challenged the mainstream interpretation that this task represents themes of vanity. I believe it represents themes of self-care.  Taking steps to care for ourselves when we are traumatized is easier said than done. It can even seem futile or counter-intuitive, like trying to fix your fence during a tornado. Persephone’s connection to the final square between Saturn and Chiron reminds us that self-care is a crucial element of integrity for people who want to face their shadow, and it brings into a sharp focus where we must now choose to take responsibility for where our integrity has been lacking, where we have not cared for ourselves, where we have failed to care for the ones we claim to love.

Saturn’s trine to Uranus and Eris forces these realizations through shocking events and through our perceived identity.  Uranus opposite Vesta, Psyche, and Venus is an initiation into a new world, while the old world is being destroyed.

I am not surprised that under this astrology, I am currently as traumatized as I have ever been.

I am still in shock from the horrifying and humiliating way the house of my life was torn down over the past month, from the Aries Full Moon Fallout, to Jupiter in Scorpio, and Inanna descending through the root chakra gate of Fear. And now under the Taurus Full Moon of 2017, I am taking inventory, and seeing my Pentacles clearly in the mirror of my partner.

Under the Taurus Full Moon of 2017, I am coming to terms with my responsibility for the fact that I watched and did nothing as my soulmate’s drug habit got out of control. My excuse is that I have a permanent injury that doctors can’t help me with, and I navigated the physical and psychological pain of this injury with low-key anorexia and samples of the drugs that he kept in near constant supply. I enabled his drug problem because actually talking to him about my eating disorder and asking for his help made him frustrated and anxious, framing my experience as a problem that he couldn’t fix. After the birth of our son, we had grown and matured and explored intimacy and evolved together in so many ways, I believed we would break through to a new understanding on this issue, too. But it wasn’t until after I had fled the house in terror that I was able to truly comprehend the extreme nature of his drug use and the effect it had on his mind. And now I have lost the love of my life, forever. 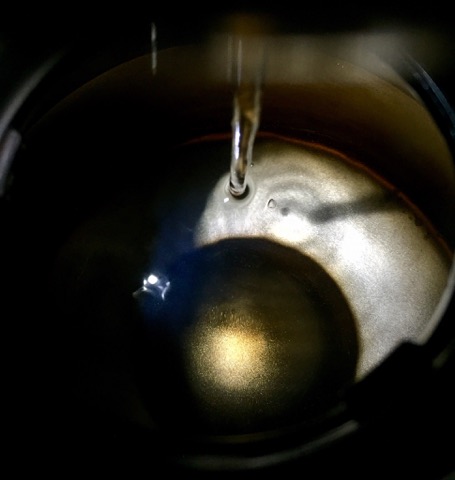 There are moments when the despair is more than I can handle.  And then there are the moments where I see that I survived the endgame of our karmic bond, and now I’m free.  I have no obligation to go to war with this man on his terms. My weapons are the Sun, Moon, and Stars.

I know that soon, Inanna will enter the Underworld as Venus disappears behind the Sun in Scorpio.  I know that in two weeks we will have a Scorpio New Moon exact opposite Sedna in Taurus.  And I know that at the end of the month, Persephone crosses the fall equinox point and begins to slow down in preparation for her next retrograde, which will keep her in the limbo of Libra for almost 10 months.

I know it will be a long, dark, winter.

But I also know that on February 19th 2018, Venus will rise as the evening star. And all next year, Inanna will ascend, awakening and activating the chakras that we have now cleared all blockages from, thanks to the dramatic life changes of 2017.  I know what happens after rock bottom, and I embrace the deep dive/soar into the future with no fear.