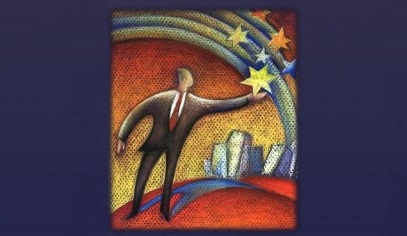 The most prominent long-lasting astrological aspects of 2017 involve the grand trine between Uranus/Eris in Aries, the north node in Leo, and Saturn in Sagittarius. Mercury’s three retrogrades this year cover the three corners of the grand trine.  I wrote about this in-depth in my article Trines In Fire Signs.

All summer long, the trine between the north node(which naturally moves in a retrograde motion) and Saturn(who was retrograde and stationing direct) stayed within a 3-degree orb, and is exacting now that Saturn has resumed direct motion.  Eris(who is as slow-moving as Pluto) has been steady in her connection to them both.  This grand trine embodies the principles of Wayfinding– gaining the foresight of knowing where you are going(north node) by knowing where you have been (Saturn) and ultimately it comes down to knowing who you are(Eris).

This moment is about responsibility.   Knowing who you are means acknowledging the shape of your container, accepting it, and committing to it. This requires us to let go of dreams and wishes about who we could have been, the things we could have done, if we’d never been held back, if we’d never been hurt, if we had a different body or face, a different upbringing, different opportunities.  None of those wishes are relevant.  It may come as a slap in the face to those who have not been reading the signs, but the only way forward from here is total acceptance and total responsibility for who we truly are.

Asteroid Prometheus is at Zero Virgo.  After leaving the sign of Leo, and now aligned with fixed star Regulus, this is the part of the Prometheus cycle where he realizes the consequences of stealing the fire.  In Leo, Prometheus is bold and compassionate, willing to take huge risks to help others, to improve life. In Virgo, he begins to understand that this attitude is incomplete, it is honestly immature. It is certainly not evil or shameful to be brave and generous, but there is a bigger picture that maturity enables us to take in. That maturity also allows us to accept our consequences, accept the limitations of who we are and what we can do.

There are two incredibly intense oppositions in the sky today, Mars opposite Neptune, and Jupiter opposite Uranus.  What these both have in common is the theme of getting to the point.  Nothing superfluous or shallow has room to exist here.  The seeking/inseminating action of Mars is totally efficient in Virgo, although it can be muffled by the dissolving nature of Neptune… however asteroid Athena is currently sextile Neptune and trine Mars, which will hopefully subdue our impatient urges when we are faced with stalls, and remind us that slow and steady is a winning strategy.

Persistence.  There is no version of the myth of Prometheus where he hung his head in shame and expressed regret for stealing the fire. That never happened.  It is never, ever necessary to be ashamed or regretful of the past when dealing with consequences.  The right attitude is Persistence, the big picture is understanding that consequences are not separate from the risk you took, you are finishing what you started.  That’s a level of responsibility that requires a maturity upgrade.

While searching for images of art depicting themes of persistence for use in this article, I came across this slide from a training video for sales professionals…  I am totally obsessed with it, and how it is practically an oracle card, with multiple layers of depth and meaning, bringing the mind’s eye into multidimensional focus around the idea of Persistence. 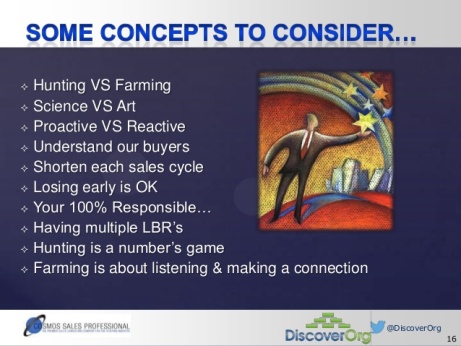 Looking ahead, from Trines In Fire Signs:

The final stretch of Saturn’s transit through Sagittarius after Saturn station direct feels like the last chance to embody positive change for ourselves and for our shared future, before Saturn enters Capricorn (and Uranus enters Taurus), when possibilities will suddenly seem much less flexible.  November 2017 features Saturn’s third trine to Uranus, and Mercury conjunct Saturn at 27° Sagittarius, the degree where Saturn stationed retrograde in the spring. Mercury stations retrograde at 28° Sagittarius, and in December, forms second and third trines to Uranus in Aries and the north node in Leo. Saturn enters Capricorn a few days before Mercury stations direct.

The cusp of Sagittarius and Capricorn is the most powerful energy center for the current cycle between Saturn and Uranus.  Their previous conjunction, in 1988, occurred at 29° Sagittarius and 0° Capricorn. Saturn conjunct Uranus signaled the beginning of an era where the foundations of the past would be thoroughly shaken- technology, communication, sexuality and relationships, family structure, education, every aspect of consciousness and culture. Together, Saturn and Uranus always challenge established forms with revolutionary visions of the future, like young lions challenging the pack’s alphas- cycles of status being established, running their course, and falling to the inevitable future. The 1990’s and early 2000’s were truly a bridge from the 20th century to the 21st, not just because of the numbers on the calendar but because of the way our culture, society, and definition of identity fundamentally changed. Then in 2008 when Saturn began his opposition to Uranus, Pluto crossed from Sagittarius to Capricorn, covering the degrees of the 1988 Saturn-Uranus conjunction- a sledgehammer to the foundations of the institutions and worldviews that belonged in the past.  As the Saturn-Uranus opposition separated, Uranus entered Aries, the invigorating face-slap the whole world needed to wake up and start building a better future. Saturn returns to the cusp of Sagittarius and Capricorn for the first time since that 1988 conjunction with Uranus, on winter solstice 2017. Uranus reaches his first trine to those degrees in May of 2018 when he crosses from Aries to Taurus. Saturn’s first retrograde in Capricorn does not regress to Sagittarius, but stations direct in the early degrees of Capricorn, forming a trine to Uranus in Taurus that stays within 4° orb from July through October of 2018- making it the most prominent and powerful year for macro-global evolution since 1988.  2017 is the year for implementing the changes we will need as individuals to adapt to the bigger changes we will see in our world in 2018.

If you’d like to make a donation, my PayPal email is dh.outerspace@gmail.com