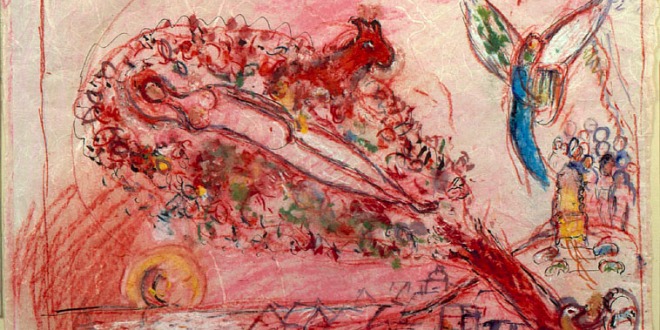 In  the 1970’s, my father’s mother wrote and published a university level textbook on English Grammar that is widely regarded to this day as the best and most complete reference for use by grammar professors. Born in 1931, she went to college after highschool and received a masters degree, and throughout my life I have had a very shallow understanding of how profound this is, completely taking for granted the value I place in education, proficiency with language, vocabulary, communication, and also taking for granted the integrity with which a woman must carry herself when she is the most intelligent person in the room- things my sisters and I inherited 100% from our paternal grandmother.

Why have I taken this legacy for granted?  My ability to connect to my grandmother in a positive way was complicated by her primary identity as a conservative Christian- during my formative teen years I rejected Christianity completely, and I watched with horror and disgust as she and my hypocritical, authoritarian bully, philandering POS grandfather got sucked into the FOX-news, Rush Limbaugh, republican nightmare. I didn’t want to carry any part of an identity from them.

The way my grandma prayed, though…

The way she prayed…

I remember the feeling of her prayers in my bones. Whenever she would pray for me, I would experience direct awareness of what she called the Holy Spirit, but what I now know to be my own Auric Body.  Transcending religion, transcending the bible, transcending Jesus, transcending space and time, my grandmother could access Christ Consciousness and she initiated me to the spiritual realm.  Even though I intellectually disagreed with the dogma of her religious belief, I would be swept away by the power and magnetism that radiated from the depth of her being when she prayed.

She vividly understood, and spoke often, about the importance of engaging in spiritual warfare while incarnated in a body, and the promise of pure bliss after consciousness sheds the body.  Her memorial service was on April 9th 2017, and now as Venus stations direct conjunct Chiron in Pisces, square Saturn station retrograde in Sagittarius, I am integrating with my grandmother’s spirit, liberated and in bliss.

sketch and study to Song of Songs II by Marc Chagall

In Part 1 of this series, I looked at the chart for Venus station retrograde at 13 Aries, which I interpreted as an invitation to safely approach the inner child, a journey that is usually difficult if not impossible for survivors with PTSD.  My journey in this treacherously triggering territory has indeed been extremely safe, psychologically and emotionally, even as more and more completely repressed and forgotten memories came back to me, most from childhood but one from when I was 19 years old (!!!).  Most of these memories involve my feet in some way, and all of them, without exception, illuminated the ways that I learned to allow myself to be hurt.

In Part 2, I examined the chart for Sun conjunct Venus, and the other strong energies in play during this Venus Rx, that give us the blueprint for the Wild Child Aries archetype energy that Venus will express throughout the current cycle, until her next retrograde.

Part 3 is about Sun opposite Jupiter and the Libra Full Moon, a cosmic punctuation mark, gathering the tapestry of our life stories into epic, meaningful moments that define where we are coming from and where we are going.

The narrative of this Venus Rx started with a story about children, and is now culminating in a story about ancestors: a mystic connection to the endless cycle of children, mothers, and grandmothers; birth/death, pregnancy/raising children, and the transference of legacies, memories, and identities between generations; and an unprecedented level of intimacy and acceptance of our own bodies as repositories for the legacy we carry from the infinite procession of women who created our bodies within their own.

Venus stations direct on April 15th 2017, conjunct Chiron and asteroid Isis in Pisces, square Saturn stationed retrograde in Sagittarius.  The Sun is at 25 Aries, breaking conjunction from Eris and Uranus, exact square Vesta at 25 Cancer.  The conjunction between Mars and Ceres flanks Sedna at 25 Taurus.

The interactions between these three triple conjunctions in resonance are stunning, complex, and totally magical.

Three pairs of male/female bodies in long term conjunctions: Venus/Chiron, Eris/Uranus, and Ceres/Mars.  Chiron and Venus are pointing to What Has Happened To Us, how trauma has informed our felt reality of identity, and they are being transited by asteroid Isis, the illuminator, the kundalini rising, sacred sex goddess, in the sign representing the realm of the subconscious.  Eris and Uranus are pointing to Who We Are, the fundamental identity crisis of the 21st century, and they are being transited by the Sun, the source and mothership of all consciousness on Earth and throughout the solar system.  And in the sign of the garden, where stability is established, Ceres and Mars are pointing to How We Do Things, the motivations that drive our strategies and relations, transiting past the nearly motionless Sedna, underworld goddess of the beaten, betrayed, traumatized, and mutilated.

The connections to Saturn enforce the reality that a truly worthy goal, dream, or ambition is going to be out of our reach as a matter of course.  The connections to Vesta encourage us by reminding that self-care and self-realization are the keys to raising ourselves up to a place where we can reach farther than we could before.

The Sun sits at the midpoint of Isis and Sedna, all three at 25 degrees of consecutive signs.  The contrast between the ocean floor darkness of Sedna and the ecstatic lovelight of Isis rests in perfect balance as Venus makes her monumental shift towards forward motion, ready to cross into Aries again before the month’s end.

When I was twelve years old my grandmother made me read the bible’s Song of Songs to teach me how there are three levels of interpretation when analyzing literature, and I have found that the same three levels of interpretation are applicable to astrology.  First, the basic or primary level, where the meaning is on the surface and interpretation is literal.  Second is the conventional or rational level, where a deeper understanding is extracted from surrounding context, related information, or some other source.  The third level is personal and subjective, where meaning is derived from our experiences.

It is on that third, spiritual, gnostic level where I am experiencing the connection between Venus retrograde, my inner child, my grandmother’s passing, and easter(which often occurs closer to Spring Equinox, but this year falls on April 16th, the day after Venus stations direct)…

Venus Retrograde crossed from Aries(birth) to Pisces (the womb) and by the end of the month, will be back in Aries, born again.  Shamanic Astrology Mystery School informed me that this is the last Aries cycle of Venus that we will experience in our lifetimes- a monumental cosmic opportunity to experience rebirth, by retreating into meditation to undo the training that taught us to manifest suffering. As the Aries cycle of Venus guides us in developing our inner Wild Child archetype between now and the end of 2018, we can raise ourselves, re-training our mindbodies to maximize the evolutionary potential of consciousness.

The teachings of Paramahansa Yogananda were instrumental to my awakening and his teachings on Christianity and Easter blew my heart wide open.  I understand now that my grandmother’s refrigerator was covered with photos of missionaries and their children in unsafe areas of the world because she would astral project to pray over them. In her meditation, she was dead to her body and existed entirely in merged unity with creator consciousness.  And at the end of the prayer, she would come back down to her body, born again.