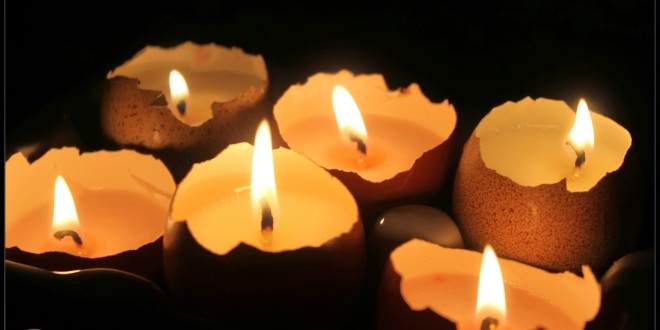 The lunar cycle that began on March 8th with Exuvia – New Moon Solar Eclipse in Pisces  reaches its climax tonight as the Virgo Sun opposes the full moon in Pisces, a penumbral lunar eclipse visible to all of Africa, Asia, and Australia.  Chiron and Mars are the main characters of the astrology of this lunar eclipse, with Chiron conjunct the moon and Mars T-square to the eclipse axis.  This past week, the building square between Mars and Chiron, paired with Jupiter entering Libra, has contributed to the creation of crisis scenarios that have given us the opportunity to take real Martian action towards healing the multi-dimensional expressions of pain that we were only beginning to face last March.  The lunar eclipse also has a rich supporting cast- the once-in-a-lifetime conjunction of Uranus and Eris; and a trio of asteroid goddesses:  Sekhmet, Isis, and Psyche. 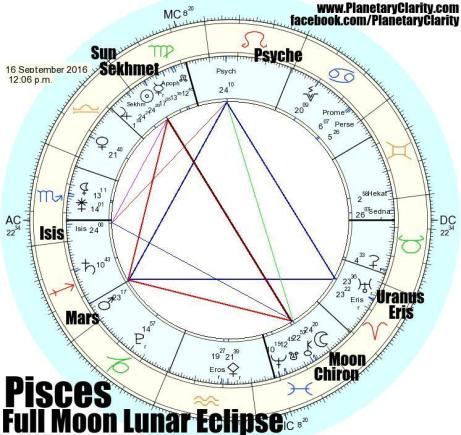 Jupiter played a crucial role last March, opposite the Pisces New Moon solar eclipse, and also trine Pluto which electrified the lingering square between Pluto and Uranus.  Astrological cycles all overlap and blend into each other, and through the past few years, Jupiter is the great connector, weaving threads from the grand cardinal square of 2014 (Jupiter in Cancer, Uranus in Aries, Pluto in Capricorn, and Mars in Libra) through the grand mutable square of 2016 (Jupiter in Virgo, Saturn in Sagittarius, Neptune in Pisces, and Venus in Gemini) and forward into 2017, where we will experience Jupiter in Libra and Mars in Cancer, a flip of the 2014 grand cardinal square.  This Friday’s full moon lunar eclipse happening in synchronicity with Jupiter entering Libra blends the issues and themes of this lunar cycle with the power and control dramas that will boil over the top in 2017 as Jupiter transits my generation’s natal Jupiter/Saturn/Pluto stellium.  Stay tuned for a special Planetary Clarity report on Jupiter in Libra.

Asteroid Psyche, representing the soul’s journey towards self-realization, also played a crucial role in last March’s Pisces New Moon Solar Eclipse.  At that time she was in Gemini square the eclipse, opposite Saturn, and also in aspect to Juno, Athena, and Ceres.  This week she is in Leo, exact quincunx the eclipse Moon, and in grand trine with Mars in Sagittarius, and Uranus/Eris in Aries.  A few days before the eclipse, asteroid Athena retrograde in Aquarius was sextile to Uranus/Eris, forming a yod to the Virgo Sun, transmuting the painful lessons of the Mars/Chiron T-square into wisdom.  Psyche carries the momentum of this process of unfolding wisdom that results from these stressful situations when we stay focused on healing, stay focused on keeping our hearts open, and choose love over fear.

Asteroid Isis is an ancient solar goddess, and has been of great use to me as a meditation on the feminine aspects of Christ Consciousness- mama solar gnosis, and the omnipotency of sexual energy and gestation. She has separated from her long-term conjunction to Juno and Lilith, and at 24 degrees Scorpio is in exact trine/sextile to the eclipse axis.  Her sextile to the Virgo Sun is a blast of cosmic empowerment- which is multiplied exponentially by the presence of asteroid Sekhmet, exact conjunct the Sun at 24 Virgo.  She who opens the way sits on her throne of royal infinity behind the Sun, as Gaia moves into the path between Sun and Moon.  Allow the synergy between the Sun, Sekhmet, and Isis, the most powerful queens in the pantheon, to electrify you and bless you as you fully open your consciousness in surrender to the mystery.  This is the way forward through this eclipse passage.

In my previous report, for the Virgo New Moon solar eclipse two weeks ago, I wrote:

“Donald Rumsfeld famously said, “There are known unknowns. That is to say, there are things that we know we don’t know. But there are also unknown unknowns. There are things we don’t know we don’t know.” Knowing that you know nothing is the level of consciousness that passed for wisdom in the time of Socrates, but the goal of this Virgo solar eclipse opposite Neptune in Pisces, and the intention to set during this new moon, is to turn the unknown unknowns into known unknowns.  Neptune is the key to this crucial alchemy. His low vibration is superficial and his high vibration is deep.  We cannot know what we know until we know what we don’t know. The amount of depth that we are able to surrender to the mystery is what creates space for the influx of gnosis- knowledge that can only come from experience. The depth of our knowledge matches the depth of our surrender.”

By any subjective metric that humans can use to reflect on our experience of life, the rate at which consciousness is evolving is speeding up rapidly.  In the past two weeks major progress has already been made towards the fulfillment of these intentions.  Many of us can point to things that were unknown unknowns before the beginning of this eclipse window, that have quite suddenly become known unknowns, and in turn our goals and dreams have shifted to accommodate this new understanding.

Your pain is the breaking of the shell that encloses your understanding.

One thought on “Full Moon Lunar Eclipse in Pisces 2016”