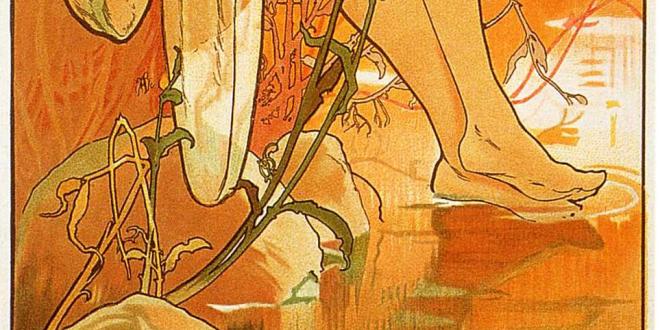 We’re living through times that feel crazy because no one has ever experienced astrological energies like this before. Pluto in Capricorn, Mars-Saturn-Antares square Neptune and the lunar nodes, and the Eris-Uranus conjunction are causing unrest because we have no blueprints for how to resolve these energies- what was once considered wisdom has proven to be a fraud, thanks to Pluto ruler of Scorpio, aka Hades lord of the Underworld, his transit through Capricorn the sign of winter solstice has seen the illusions of capitalist economics and organized religion shattered, leaving us with no choice but to look inward for our own inner wisdom and guidance to create a new and better world, and in doing so, set out on a journey to heal our pain, our family’s pain, our society’s pain, and our planet’s pain. Many are not ready for this journey but for those who are, asteroid Persephone is our guide. Persephone enters the Underworld at Zero Libra, leaving her mother Ceres whose grief causes the leaves to fall and the world to become barren. At Zero Capricorn Persephone is in the depths of the Underworld, and united with Pluto. At Zero Aries she exits the underworld and returns to the Earth realm of her mother Ceres, whose joy in being reunited with Persephone brings the new life of spring. The Sun carries a piece of this mythology as it travels the wheel of the year, but asteroid Persephone herself, taking several years to circle the zodiac, tells a longer and more elaborate story.

I first learned about asteroid Persephone towards the end of 2012 when she was in the final degrees of Libra, opposite my natal Sun. Asteroid goddesses have a funny way of saying hello to me like that. I got to know her as she transited through Pluto’s own sign, Scorpio, with asteroid Psyche as her close companion, staying a handful of degrees conjunct as they traveled onward through Sagittarius and Capricorn together, reaching conjunction with Pluto in January of 2014, at the exact same time that Venus was also conjunct Pluto, during the Venus retrograde that marked the beginning of her Capricorn cycle. Click here to see my chart for the Aquarius New Moon of January 2014, showing the conjunction of Persephone, Psyche, Venus retrograde, and Pluto.

Today, August 26th 2016, asteroid Persephone enters Cancer- at Zero degrees, the summer solstice point, she is as far away from the underworld as she can get, in full unity with her mother Ceres, who is in Taurus trine the Sun. This chart is for tomorrow, August 27th when the Sun’s trine to Ceres is exact, the Cancer Moon is opposite Pluto. Pluto’s current retrograde will station direct at 14 degrees Capricorn, the degree exact opposite fixed star Sirius 14 Cancer, a once in a lifetime aspect.

This is the medicine vibration hidden under all the crazy, big deal conjunctions and transits of the most powerful planets. Mercury, Venus, Mars, Saturn, and Jupiter are all involved in major action right now and it’s overwhelming. This is how and why astrology works for me: the sky not only explains why things are crazy, it shows the complete energy map of what our consciousness has to work with, and there is always balance, always clarity… Over the next few days as the Sun trines Ceres, and the moon transits Sirius, opposite Pluto, feel Persephone, patron goddess of trauma survivors, at the height of her comfort and happiness at Zero Cancer. There she is. Shine that light of love from Ceres, who is about our ability to allow ourselves to be nurtured as well as our ability to nurture. Expand into the Moon conjunct Sirius, a star of dignity, and victory, and with these energies we can acknowledge the Pluto without being dragged down.
I looked ahead to find when Persephone reaches opposition to Pluto. On November 6th of this year, Persephone stations retrograde at 12 Cancer, just short of Sirius, too far for  our little asteroid friend to be in true opposition to Pluto. Not today, Hades. She stations direct on Valentine’s day 2017 at 28 Gemini, and returns again to Zero Cancer in March of 2017. So beginning today as she enters Cancer for the first time, we are entering a period of extended Summertime Persephone. I will hang on to this feeling in my heart. And I look forward to her next conjunction with the Sun, which will take place on the north node in Leo one year from now. During that Lion’s Gate Sun-Persephone-north node conjunction, Ceres and Venus and Sekhmet and Hekate are all in Cancer, conjunct Sirius, opposite Pluto.
Read more about the growing T-square between Mars and the lunar nodes:
https://planetaryclarity.wordpress.com/2016/08/20/mars-beyond-the-echo/
—
Dia Holly Hemlock
Planetary Clarity
—
#Persephone #Ceres #Sun #Pluto #Moon #Sirius
#Astronomy #Mythology #Psychology #Astrology